The Colour of Music Festival announces the seventh annual Colour of Music Festival March 27-30, 2019 at three historic locations in the heart of downtown Charleston showcasing leading black classical artists from France, Britain, Colombia, and the Caribbean and highlighting the musical achievements of lesser known black female composers including Florence B. Price.

Since 2013 the Colour of Music Festival has brought international, national, and regional classically trained black musicians of Florence PriceAfrican descent to share their musical talents, knowledge, and inspiration to Charleston. Since March 2018 the Festival has also traveled across the U.S. to leading collegiate venues and performance halls in Washington DC, Atlanta, Houston, Pittsburgh, and Richmond.

A spotlight on black female composers including pioneer Florence B. Price is a fitting theme for National Women’s History Month and an auspicious evolution of the Festival’s commitment to ensure black female classical performers are both elevated and included in the classical music canon and live performances.

“Honoring Florence B. Price among other women of color who have contributed significant works but whose compositions are rarely programmed and heard by major American orchestras is classical music’s last glass ceiling which also includes scant percentages of black female conductors and music directors,” said Lee Pringle, Founder and President of the Colour of Music Festival.

Florence Beatrice Smith Price (1887-1953) was the first African-American female composer to have a symphonic composition performed by a major American orchestra and is considered the first black woman in the U.S. to be recognized as a symphonic composer. The Chicago Symphony Orchestra performed her Symphony in E Minor in 1933 under the direction of Frederick Stock.

Price struggled to make headway in a culture that defined composers as white, male, and dead. Only in the past couple of decades have Price’s major works begun to receive recordings and performances, and these are still infrequent. Though widely cited as one of the first African-American classical composers to win national attention, she is mentioned more often than heard. Not only did Price fail to enter the canon, a large quantity of her music came perilously close to obliteration until an Illinois couple found her compositions in a run-down house they were about to renovate—a potent symbol of how a country can forget its cultural history.

“The late Margret Bonds, a student of Ms. Price and many living composers including Dominique Le Gendre and Nkeiru N. Okoye, have been presented at the Festival—our spotlight on women as part of National Women’s Month in March makes this year’s festival very special,” said Lee Pringle, President and Artistic Director of the Colour of Music Festival.


Colour of Music Festival Tickets and Information
By phone (866) 811-4111
Online: www.colourofmusic.org
At door: (credit card, cash or check) before each performance
Tickets $15-$45; special K-12 pricing for student groups of 10 or more

For festival highlights, the music series and a full schedule, please visit the website provided.. 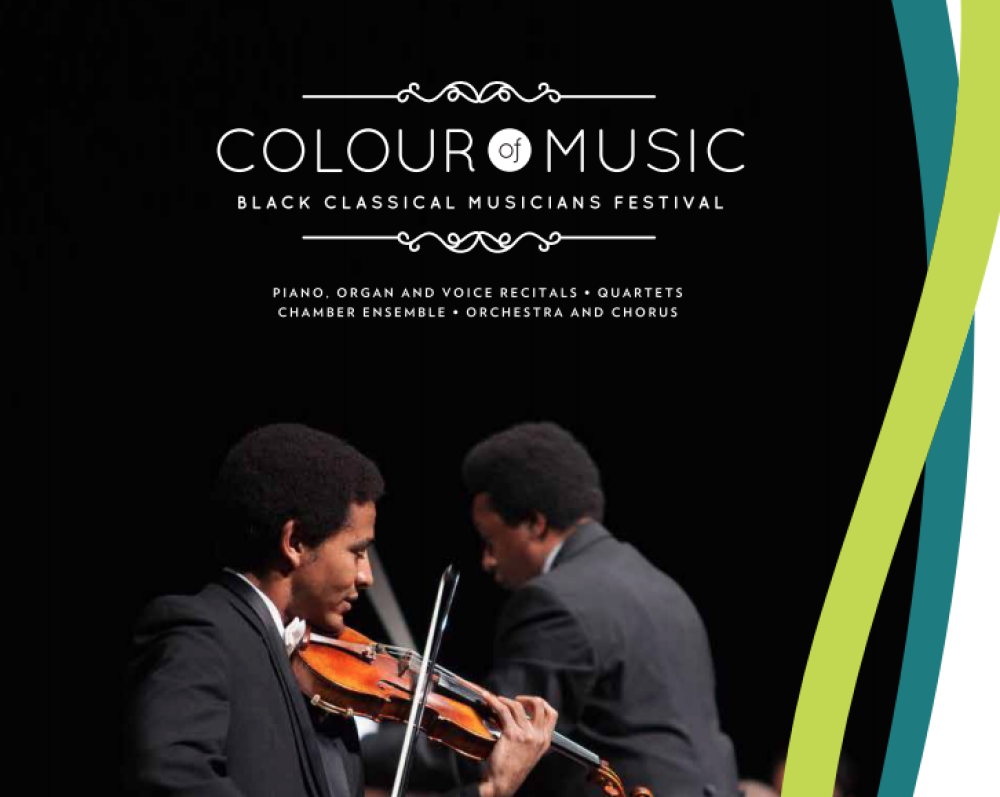